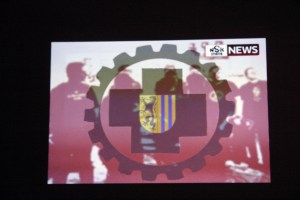 Something for a change, I am literally entering foreign territory on this Friday evening, where I am invited to Leipzig to attend the presentation of the book “State of Emergence – The 1st NSK Citizens’ Congress”.

Ex ante, some years ago I wrote an article about the NSK (Neue Slowenische Kunst) for German underground metal magazine Legacy, but did not follow up on its development after that. It is certainly interesting for me to be invited to this happening, which takes place in a small circle of delegates, and learn about the changes the NSK is undergoing recently.

Spokesman Alexander Nym (Plöttner Verlag Leipzig) guides through the presentation, starting with a brief introduction concerning the NSK culture state and its first official Congress in 2010, followed by reading out a nine point manifesto, which was agreed upon by the Congress’ delegates.    (see www.nskstate.com)    Part of the presentation are also a video message by culture theorist and editor Alexei Monroe, and a promotional ‘News’ video for the book release.

During the second part of the presentation London NSK representative and art curator Avi Pitchon talks about his work for and experiences with the NSK, e.g. the introduction of first NSK art projects to Israel. I am particularly interested whether the NSK type of art actionism provokes any conflicts with the Isreali authorities, however I am told this is not the case.

In the end Avi is asked how friends in Israel perceived his interest in the band Laibach at a time when the nazi-accusations surfaced against the group, but after a long digression concerning religiously tainted Israeli culture politics and mentality that are expressed in a patronization of Zionist art, the question itself is left somewhat unanswered. Instead he gives us an anecdote, and leaves it to our imagination to picture what it is like to be a young guy in the 80ies, interested foremost in punk music and rebellious sub-cultures, who one day stands in a record store in Israel and unfolds a poster included in a Laibach record that displays a huge, even though slightly altered, svastika.

Whether you perceive such and other ambiguous NSK forms of expression and aesthetics as a mere provocation, shocking form of criticism, NSK-typical bizarre form of humor, poignant statement against the fascist nature of mainstream and popular culture, avantgard nonsense or if you even see something completely different in this, is left to the individual to interpret. Interestingly Avi goes on to point out that NSK may also use Zionist forms as a means of intellectually challenging or actually leading ad absurdum the fascist agendas of the State of Israel, which he describes as a “wounded animal in its last stage”.

Rounding off the evening, Leipzig radio moderator and culture curator Alexander Pehlemann plays varied tunes. We have a look at the NSK info stand, where the book is available for 40 EUR as well as other book releases, which can also be ordered from  Plöttner Verlag / Poison Cabinett Press  (free shipping). In the mean time I make sure to still get my temporary visa for entering foreign (NSK state) territory. And now a concluding word on the location: gallery KUB has a nice industrial flair to it and is a very fitting place for such book readings and smaller types of exhibitions.

Photos from the Book Presentation in Leipzig: 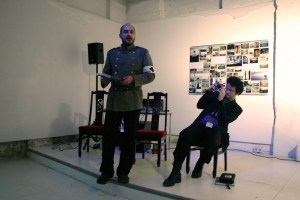 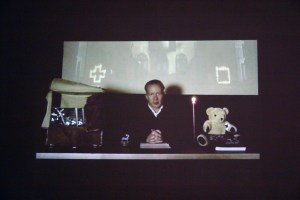 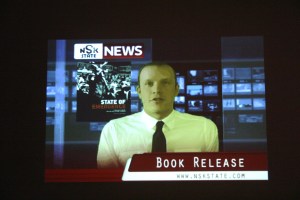 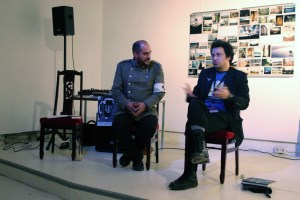 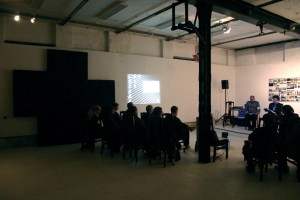 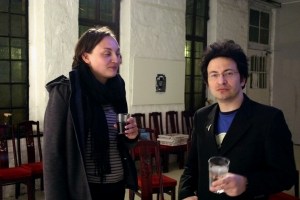 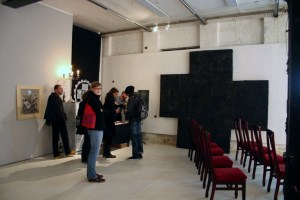 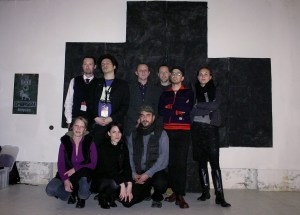 This entry was posted in Art & Culture and tagged Avant-garde, Laibach, Leipzig, NSK.