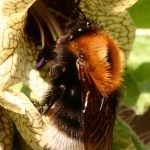 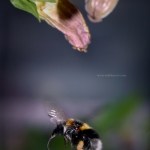 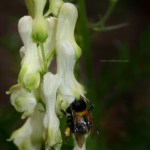 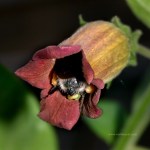 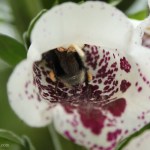 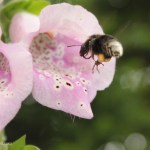 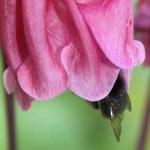 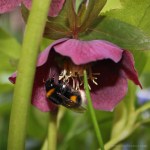 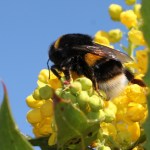 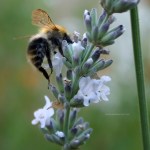 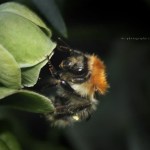 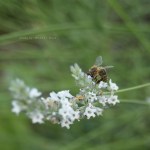 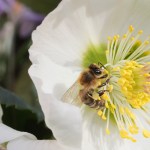 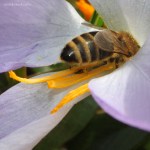 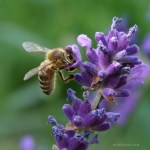 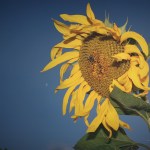 This series was inspired by observations of the interaction between pollinators and flowers in our garden. It all started with a photo of a bumblebee in April, enjoying the nectar of my very first henbane plants. I started searching for folklore both about bumblebees and the flowers they’d visit… And it occurred to me, that bumblebees seemed to frequent the poisonous and less fragrant flowers in our garden, whereas bees would be drawn to the beneficial, aromatic and decorative flowers. I started reading about the correlations between a flower’s shape and the insects attracted to them. Some poisonous flowers, such as the aconite, belladonna, foxglove and columbine are exclusively pollinated by bumblebees, which are the only insects strong enough and simultaneously possessing long enough proboscis to reach the bottom of the flower. It was apparent, bumblebees liked them witch plants!

How fitting is it then, that in German folklore witches and even the devil himself were believed to take on the shape of a bumblebee? And there was more… I learned that bumblebee-wax candles were lit in churches, if a witch was to be burnt at the stake. Evil people were cursed, having to return as a bumblebee after death. The sub-earthen drone sound of bumblebees signaled the presence of the souls of the dead. Sometimes bumblebees were given at black masses instead of consecrated wavers. Bumblebees were superstitiously feared as carriers of sickness and ritually buried to drive out plague. On the other hand a dead bumblebee, worn in the pocket was believed to ensure the purse was always filled with money. He who managed to secretly steal the bumblebee’s honey was destined to find a huge treasure. Hence bumblebees were both bad and lucky omen, depending on who would find one.

There was also a superstition, which occupied the world of science for decades: the so-called “bumble bee paradox” was solved later. But during the 1930ies it was thought impossible for an animal of the size and weight of a bumblebee to be able to fly. However, initially was not taken into account that the wings, which circulate up to 200 times per second, are flexible, creating a tornado-like vortex and a vacuum, which enables the bumblebee to lift itself up and easily travel at 20 km per hour. (Quite fast for an animal of that size.)

The second part of the “flower devils” series focuses on bees as pollinators and invaluable source of honey. Hence it would perhaps better be titled “flower angels”. Now, whether devil or angel, both are are buzzy workers and to call them devils is just my way of referring to and honoring the industrious and magical nature of these useful insects.